In the 1950’s the late Mabel Salter organised a group of young people connected with the church and known as St Mary’s Young People. They staged a pantomime every year for 11 years at the Parish Rooms.

In 1961, as a natural successor, Market Drayton Amateur Operatic and Dramatic Society (MDAODS), Amdrams for short, was born as an amateur operatic and dramatic group for all ages. There had been an operatic society in Market Drayton a number of years previously but it folded in the 1940

The first show staged was “Spring Fever”, a revue that was quickly followed by a play “Beside the Seaside” and another revue “Cocktails for You”. It was 1963, however, before the first musical “Free as Air” was presented and 1967 before we expanded in to pantomime with ‘Aladdin’.

Since then we have tried to produce three shows a year, a pantomime, a play and a musical.

Our recent productions have included the pantomimes ‘Beauty and the Beast’, ‘Dick Whittington’ and ‘Cinderella’ – the plays ‘Outside Edge’, ‘Curtain Up On Murder’ and ‘Play On’ – the musicals ‘Oh! What A Night’ and ‘Amdrams Allsorts’ – while JTW have staged ‘The Wizard of Oz’ and ‘Peter Pan’.

We own a building in Shrewsbury Road, Market Drayton, opposite the Methodist Church, where we hold rehearsals, build our sets and store our props and costumes. This has undergone a major refurbishment in recent years, generously helped by grant funding from the Lottery, Shropshire Council, Market Drayton Town Council and Mullers.

Our ‘Tuesday Night Gang’ meets every week for set building and minor maintenance and improvement work. We run several social events throughout the year including theatre visits, BBQ’s, Treasure Hunts, Quizzes and social gatherings. These are advertised, along with other information concerning productions and society business through our monthly newsletter.

As a registered charity serving the community, we are always looking for new members who are keen to offer their talents, be they on-stage, back-stage, front of house or playing in the band, by joining us in a pastime which is not only very rewarding but, most importantly, a great deal of fun! 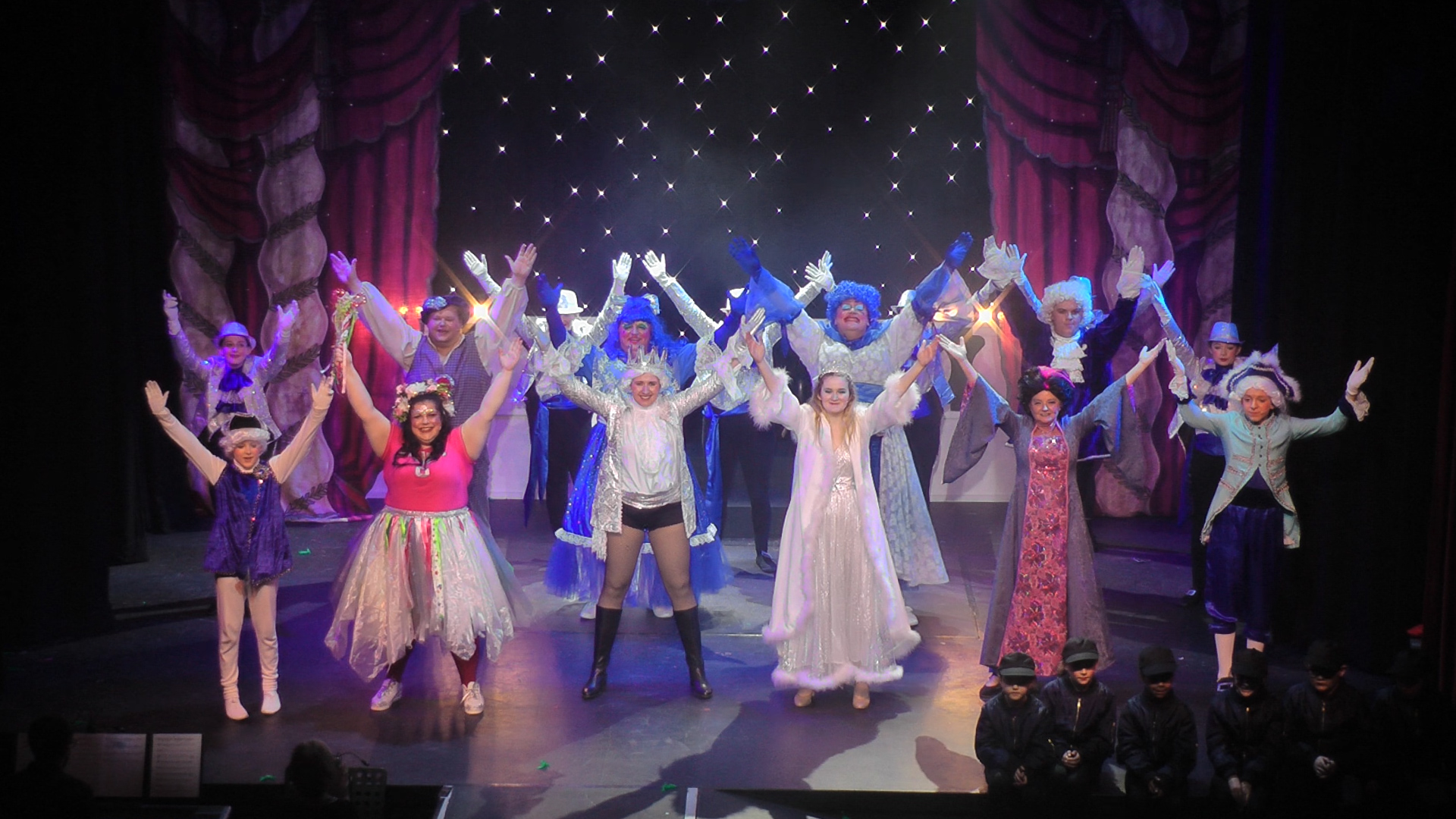 Tickets now on sale for our next show ! Come along for a night at the musicals.Book tickets at the link below. 🎟 bit.ly/3Kj46NX ... See MoreSee Less

We'd love to see lots of friendly faces on Saturday for our first post-covid performance!Come along and support - it's FREE!🎼 🎭 ... See MoreSee Less

When this happens, it's usually because the owner only shared it with a small group of people or changed who can see it, or it's been deleted.
View on Facebook
· Share

Our first read through for our February pantomime went well last night, it was so good to see people face to face again!We are having one last read through before the pantomime is cast. Monday 20th September! 7.30 at Adastra House.We hope to see you there! ... See MoreSee Less